kinoMANUAL is a small, independent audio-visual production house based in Wroclaw, Poland. The collective is focused on experimenting with moving image and sound, mainly exploring analogue animation techniques such as hand-drawn, cut-out or direct cinema. kinoMANUAL creates films and objects that correspond with a rich tradition of moving images, kinetic art and experimental cinema.

During the Wroclaw Drawing Triennial 2019, kinoMANUAL and Karel Doing led a workshop exploring the Phytogram technique, resulting in several collectively made animations that were included in the main exhibition at BWA gallery based at the central station. 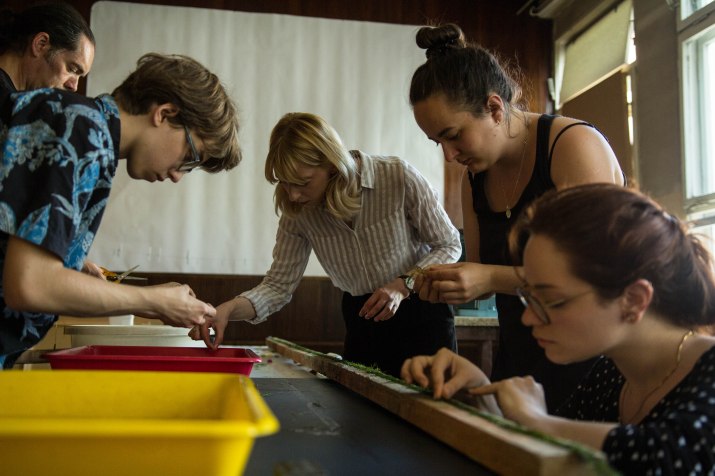 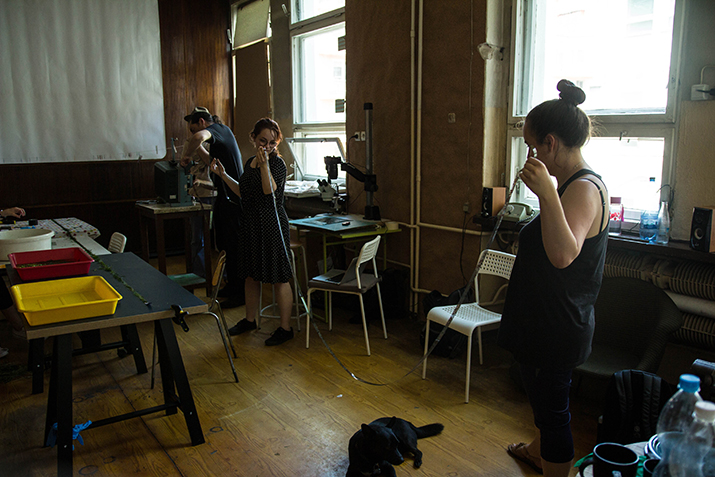